Water is the medium in which most cellular activities take place, including the transport and burning of fat. In addition, drinking plenty of calorie-free water makes you feel full and eat less. Drink at least 1 ounce of water per 2 pounds of bodyweight a day (that’s 100 ounces for a 200-pound person). Keep a 20-ounce water bottle at your desk, fill it five times a day, and you’re set.

2. Consume Fewer Calories Than You Burn

Consuming too many starchy foods, such as potatoes, rice, pasta and bread (especially at one sitting), provides your body with more than it needs for energy and glycogen stores; anything left over will be stored as fat. “You don’t have to eliminate starchy carbs completely,” says IFBB pro-Mike Matarazzo. “But you should really cut back on them when trying to shed body fat.” Limit total starch servings per day to 3-5, where a serving size is one cup of pasta, rice or sliced potatoes.

Taking in simple carbs (sugars) right after weight training replenishes muscle and liver glycogen stores, but excess sugar consumed at other times will be stored as fat. Satisfy your sweet tooth occasionally, but try limiting your intake of sugar to fresh fruit. Replace sugary beverages like soft drinks and juice with water, coffee, tea or diet soda.

“Any competitor who drastically cuts calories to try to get leaner for a show learns that that’s not the best way to diet,” says IFBB fitness competitor Laurie Vaniman. “You end up looking flat and depleted.” The same holds true for non-competitors; aim for a modest decrease in calories instead. Smaller bodybuilders shouldn’t cut more than 200-300 calories per day, and larger bodybuilders shouldn’t cut more than 500, says Aceto.

Clenbuterol. This drug is a direct beta-agonist, meaning it reacts with the exact same receptors NE uses to stimulate fat loss. Its main benefit over NE is that it’s more specific, attaching only to the beta-2 type receptors. This is important because there are two classes of NE receptors in the fat cell membrane- alpha and beta. The alpha-2 receptors cause the opposite response of the beta receptors in regard to fat loss from the fat cell; alpha-2 stimulation blocks fat release3 while beta stimulation promotes the fat release. So, clenbuterol is actually a more powerful fat release signal than epinephrine, which stimulates both alpha and beta receptors.

These supplements have typically been the top sellers for most health food stores, simply because they are effective. Numerous studies have been published demonstrating the combination of ephedrine and caffeine to be effective in accelerating weight loss, often preserving lean mass as opposed to the muscle wasting seen in the unassisted fat loss.10,11 An unprecedented amount of controversy has arisen regarding the safety of ephedrine/caffeine supplements due to a number of adverse events reported among users. Ephedrine/caffeine use has been associated with a number of hospitalizations and several deaths.12-14 However, in studies where dosage was controlled and the subjects were monitored, ephedrine/caffeine has been declared to be safe and free from serious adverse events.

These hormones are best known for the anabolic effect of the androgens upon the skeletal muscle, causing muscular growth and strength gains. By increasing the relative amount of muscle, steroids decrease the percentage of body fat. However, a number of studies have determined that either testosterone, esters or some of the other anabolic steroids can also directly impact fat loss. The oral drug oxandrolone seems to have a more pronounced effect on subcutaneous fat loss, though the exact cause for this has not been determined.

Aromatase inhibitors are drugs prescribed to women with advanced breast cancer to prevent the conversion of androgens to estrogens. Bodybuilders have recently added aromatase inhibitors to their arsenal to decrease the estrogenic side effects of many of the androgenic steroids. Testosterone and other steroids can be converted by aromatase into an estrogen, and an excess of estrogen will lead to water retention, breast development, and fat accumulation. The fat cells have sex hormone receptors, and the presence of estrogen appears to increase both the number of fat cells and the amount of fat accumulated. Aromatase inhibitors can decrease the amount of estrogen in a man to very low levels, allowing bodybuilders to use the more androgenic testosterone esters without suffering from the estrogenic side effects, providing a leaner, harder appearance. Though a few centers have studied the short-term effects of aromatase inhibition in normal men, there’s no long-term data on the effect of these medications. Currently, the selective aromatase inhibitors are limited in availability and are quite expensive.

This hormone affects nearly every cell in the body and excess use can cause permanent and disfiguring changes in appearance and health. However, GH has gained a great deal of notoriety as a repartitioning agent, meaning it moves nutrients from fat storage to the functioning muscles and organs. GH influences growth through a second hormone called IGF-1, but its effects as a fat loss agent seem to be more direct. GH excess interferes with insulin signaling, the main driver for fat storage, and also seems to accelerate fat release from fat cells. GH has been investigated for use in the morbidly obese and bodybuilders believe doses of four to six IU/day provide the benefits of GH use. GH should never be used, or even considered, without considering the serious and long-term consequences, physical and legal.

The thyroid gland is the main regulator of the body’s metabolic rate, adjusting the release of T4, a hormone with limited activity. T4 is converted into T3 within the liver and other tissues, with most of the cellular effects of thyroid hormone due to this form of the hormone. T3 is extremely potent and acts upon fat loss primarily by making the body more sensitive to the signal of NE, the stimulant neurotransmitter. Unfortunately, thyroid hormone, much like GH, is non-specific, meaning it affects nearly every tissue.

After all the illicit drugs, it would seem a step backwards to consider cardio, but in fact, few of the drugs mentioned will provide much benefit without being used in the proper environment. Cardio is the bane of most bodybuilders, as they commonly do not care for the activities, nor expend the time needed for benefit. There are multiple opinions regarding when and how to do cardio: Low-intensity versus high, one session versus multiple, daily versus rarely, etc. There really is little practical difference between the various programs, none if the cardio is not done at all.

The effect of cardio, for fat loss, is to increase the activity-related calorie burning experienced by the bodybuilder. Resting metabolic rate is thought to rise with high-intensity exercise, though this remains to be proven for long-term conditioning. Considering that a greater muscle mass elevates the resting metabolic rate, as do stimulants (ephedrine/caffeine, green tea) that argument is marginal. Bodybuilders need to find an activity that will be maintained regularly, preferably every other day.

The percentage of fat burned is higher for low-intensity exercise and best in the morning, before eating, with plenty of water and the use of caffeine. However, if that is not a possibility, other forms still provide a benefit. Cardio can add to the caloric deficit, but it must be approached with care to avoid injury or muscle catabolism. 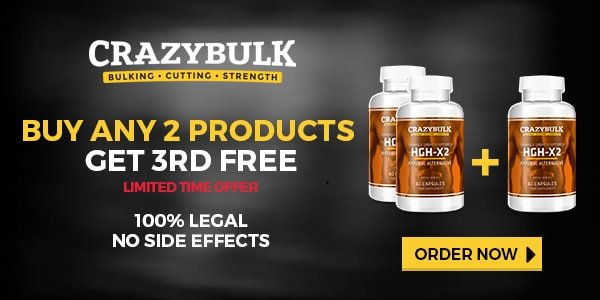