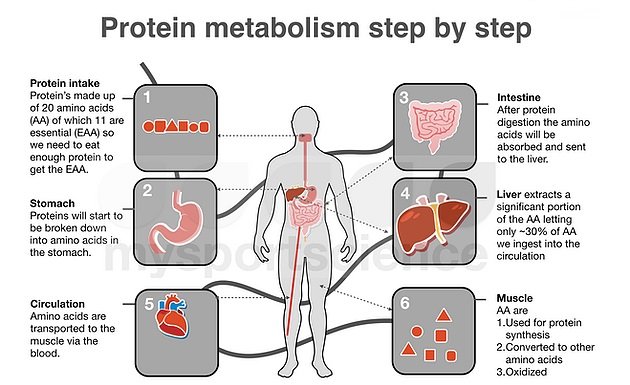 Protein’s made up of 20 amino acids (AA) of which 11 are essential (EAA) so we need to eat enough protein to get the EAA. Digested proteins release AA into our circulation but not before the liver has taken its ‘share’ of the AA; and it’s pretty stingy, letting only ~30% of AA we ingest into the circulation. The branched-chain AA (BCAA) leucine, isoleucine, and valine are not used by the liver and are released for use by other tissues.

Leucine is the king AA, it turns on the anabolic signaling pathways and initiates muscle protein synthesis (MPS) by activating mTORC1 (full name: mechanistic target of rapamycin complex 1). Once leucine has ‘switched on’ muscle protein synthesis (MPS) then this process proceeds for a relatively short period of time (1-2h) until it is switched off. At some point, you cannot stimulate MPS any further. So there is a finite amount of AA that are needed, in fact, it may be that once leucine has activated MPS that even small quantities of protein are needed to support a continued MPS response.

The fate of amino acids

So what are the fates of AA that enter muscle: use for MPS, transamination of N to form other amino acids (predominantly alanine and glutamine) with subsequent oxidation of the carbon-skeleton of some amino acids, and a small fraction of amino acids is used as TCA cycle intermediates. But the capacity for AA to stimulate MPS is limited and appears to ‘top out’ at around 0.25-0.4 g protein/kg bodyweight.

Three studies form an evidence-basis for the value of 0.25-0.4 g protein/kg. Dose-response studies by Moore and Witard reached virtually the same conclusion as to the dose of protein that maximally stimulated MPS at ~0.25 g protein/kg regardless of whether the protein was isolated egg or whey protein, respectively. McNaughton conducted a study that had two doses or protein and showed that MPS in their legs was 19% greater when young men ingested 40g of protein than 20g. However, the ‘added’ stimulation of MPS is small: 11% by Moore and 10% by Witard, and 19% by Macnaughton, respectively. This doesn’t really indicate that 40g is anywhere near twice as good as 20g in terms of MPS, but likely something like 15% better… not likely important in terms of lean mass gain.

But what about muscle protein breakdown, isn’t that important? We don’t know what happens to MPB with increasingly large doses of protein? We do know that MPB is reduced by insulin which almost universally increases when we’re fed protein and/or carbohydrate and that it doesn’t take much insulin to maximally suppress MPB. Kim showed that larger doses of protein (70g versus 40g consumed as beef) supressed whole-body protein breakdown (WBPB) to a greater degree than a smaller dose. There are no data showing how well WBPB and MPB align and while muscle is part of WBPB it’s only ~20%.

So how much protein can your use to make protein?

I’d say between 0.25-0.4 g protein/kg/meal. The dose is likely to be higher when we’re eating real food, however. On this points, a meta-analysis from our lab showed that the hypertrophic response at protein intakes above ~1.6 g/kg/d was not associated with greater increases in lean mass. Thus, 1.6/4 meals per day = 0.4 g protein/kg/meal or 0.53 g protein/kg/meal if 3 meals were consumed. If you’re liberal on the estimate perhaps it’s as high as 2.2 g protein/kg/d? Now, you can eat, digest, and absorb more protein (a lot more), I don’t doubt that, but it doesn’t build muscle. 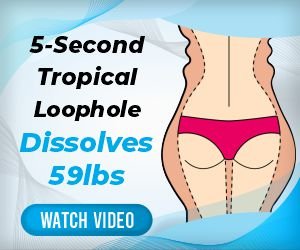