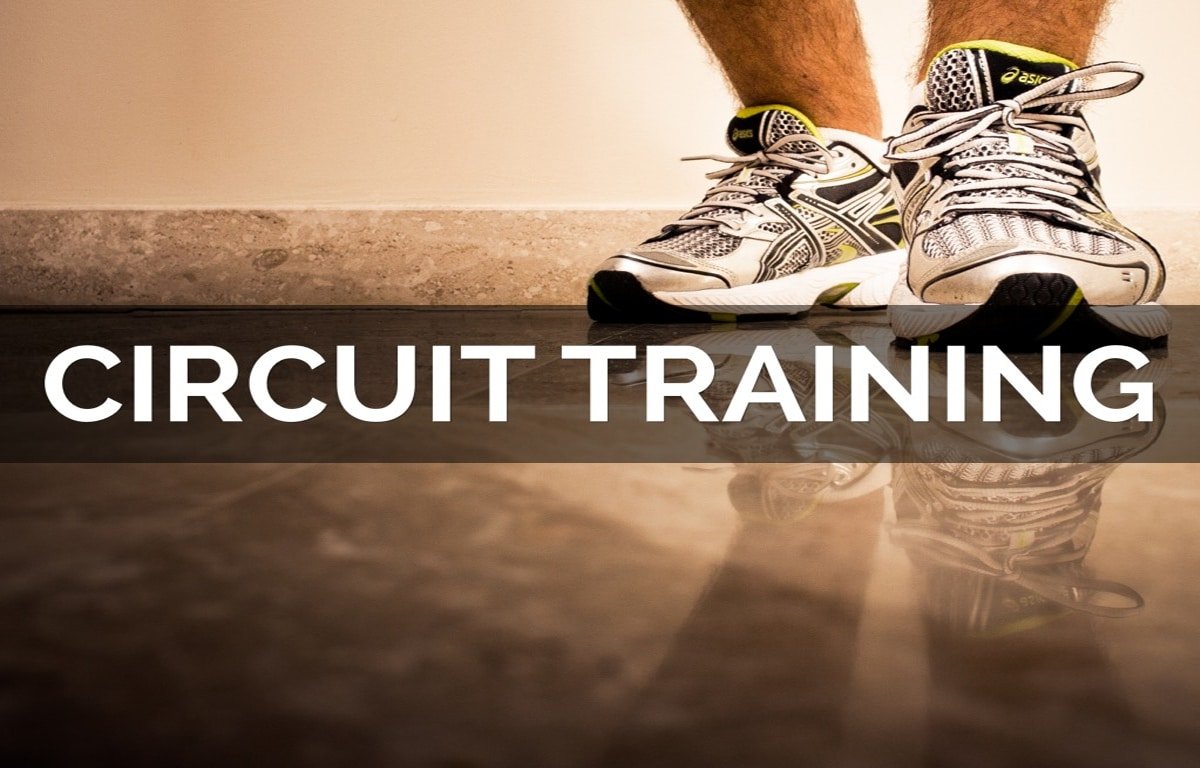 Lose more fat and build more muscle with circuit training, while also improving your conditioning. Research shows that you don’t have to do aerobic training to improve conditioning and reap cardiovascular benefits. Circuit training is protective for the heart and it doesn’t have the negative inhibitory effect on muscle and strength development that goes with aerobic exercise.
Circuit training conveys positive anaerobic and aerobic adaptations, in addition to body composition benefits. For example, researchers compared the effect of two 8-week strength-type programs using loads of 85 to 90 percent of the 1RM.  The traditional program used three minutes rest between exercises and the circuit program using no rest with participants moving from exercise to exercise. A 3-second eccentric contraction followed by an explosive concentric contraction was used for the tempo.
Results showed that both groups increased maximal squat and bench press strength by near equal amounts. The circuit training group increased bench press 1RM by an average of 19.5 kg and the squat 1RM by 44.2 kg. The traditional training group increased bench press 1RM by an average of 17.7 kg, and squat 1RM by 45 kg.
The circuit training group lost 1.5 percent body fat and gained 1.6 kg of muscle, whereas the traditional group lost 1 percent body fat and gained 1.2 kg of muscle, making circuit training slightly more effective for transforming body composition.
Both groups improved maximal oxygen uptake a similar degree as measured by improvements in sprint shuttle run performance. The one variable that improved more in the traditional training group was power output, both in a bench press power test and a Wingate sprint power test. This indicates that for athletes who need to achieve maximal power output, longer rest allowing for complete recovery between exercises may lead to greater power development.
Take away the following points about circuit training:
•    Using very short rest periods and fairly heavy loads is the perfect way to achieve the multiple training goals of fat loss, muscle building, strength gains, and conditioning.
•    You should still periodize training because the body will adapt to circuit training.
•    You won’t have to worry about the inhibitory effect on muscle gains caused by aerobic training, and your workouts will take less time.
•    You don’t have to go light when circuit training, but it’s crucial that you train in an organized fashion by counting tempo and using a clock to keep track of the rest periods (you’d be surprised to find that if you don’t use a clock to track rest periods, 10 seconds rest can easily extend to 30 or 40 seconds as you fatigue).