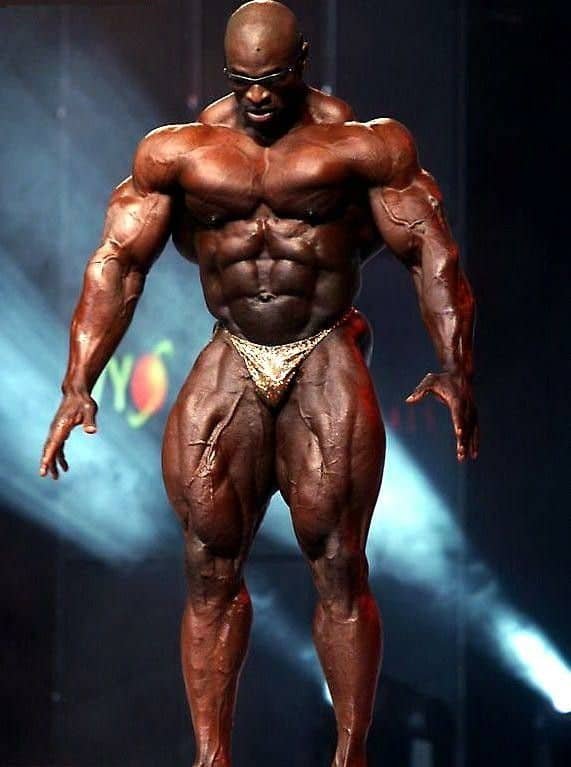 Several hormones play a critical role in bodybuilding and strength training. Testosterone, growth hormone (GH), and insulin-like growth factor (IGF-1) increase strength and stimulate muscle growth. Other hormones such as cortisol, epinephrine, norepinephrine, and glucagon increase the availability of glucose, your body’s primary source of fuel. Finally, insulin facilitates the storage of glucose in muscles for future use.

All of these hormones are part of the body’s naturally endocrine response. If your goal is to gain muscle mass, there are ways to stimulate hormone production without the need of illegal supplements.

When used for doping purposes, all of the above-listed substances are banned by the World Anti-Doping Agency (WADA) and most major sports organizations in the United States.

Muscle growth and strength are influenced by hormones in different ways. When it comes to bodybuilding, some specifically promote muscles growth, while others influence the way we use and store glucose for training and competition.

Testosterone is a male hormone produced mainly by the testicles but also by the adrenal glands situated on top of the kidneys. Testosterone is responsible for the development of male physical characteristics, muscle mass, strength, fat distribution, and sex drive. In women, testosterone is produced by the ovaries and adrenal glands, albeit in lower quantities.

Testosterone is classified as both an androgenic and anabolic steroid hormone. Androgenic refers to male characteristics, while the term anabolic refers to the growth of body tissue. Testosterone is arguably the most important hormone for bodybuilding, although the amount the body produces will gradually wane as we get older.

The use of supplementary anabolic steroids to build muscle has been popular for decades. They work spectacularly but are also known to carry potentially serious health risks. It is for this reason that any form of testosterone supplementation is banned in sports.

Must Read: How To Increase Natural Testosterone Fast

Growth hormone is produced by the pituitary gland and stimulates the liver to produce IGF-1, the hormone ultimately responsible for anabolic muscle growth. As with testosterone, the production of GH declines as we age. Both hormones have an inverse relationship to body fat, meaning that the less GH and IGF-1 you produce, the more body fat you will accumulate.

Insulin is the storage hormone produced by the pancreas in response to food. When food is eaten, it is broken down into glucose, fatty acids, amino acids, vitamins, and minerals. Insulin responds by warehousing the stored form of glucose, known as glycogen, in muscles and the liver. It also enables amino acids to repair damaged tissues and build muscle mass.

These effects are considered anabolic. Insulin production is largely influenced by exercise and diet, especially the consumption of carbohydrates and protein.

Cortisol is produced by the adrenal glands and is often called the “stress hormone” because its release is triggered by physical and/or emotional stress.

Cortisol is a catabolic hormone, meaning that it breaks down tissue. In addition to controlling inflammation, cortisol makes glucose available by breaking down muscle whenever the blood sugar is low. This commonly occurs during endurance sports when the circulating glucose supply has been used up.

Hydrocortisone and cortisone are the manufactured forms of cortisol.

Epinephrine (adrenaline) is called the “fight or flight” hormone because it acts quickly at times of stress to constrict arteries and raise blood pressure. This increases your heart rate to deliver oxygen more effectively. Epinephrine also constricts airways so that respiration is more efficient.

On top of this, epinephrine directs the muscles and liver to surrender their glucose stores during strenuous activity. In this sense, epinephrine is a catabolic hormone like cortisol.

Glucagon acts like a mirror hormone of insulin. When you fast or eat a low-carb diet, glucagon responds more efficiently than insulin to replenish low glucose supplies.

Glucagon works by instructing the liver to give up its glucose stores. It also breaks down muscles to increase cortisol, which in stimulates the production of glucose. If insulin is considered anabolic, then glucagon is catabolic.

It is possible to influence the production of these hormones with nutrition and exercise. Growth hormone, IGF-1, testosterone, and cortisol all respond to the intensity of weight training. Insulin and glucagon are also influenced by exercise and diet, often in contradiction to the anabolic hormones.

With respect to bodybuilding, the goal is to keep anabolic hormones high and catabolic hormones low. While some bodybuilders will try to shortcut the process by using illegal performance-enhancing drugs (PEDs), there is increasing evidence that they not only harm your health but may be far less effective than previously thought.

While some supplements manufacturers have tried to take advantage of the WADA ban by marketing “natural” supplements to bodybuilders, most of these products underperform. Examples include Tribulus Terrestris, zinc-magnesium supplements, ginseng, bovine colostrum, beta-alanine, and DHEA (a prohormone banned in most sports).

Contrary to what some may tell you, there are no non-food supplements other than creatine that exhibit anabolic-like effects. Even with regards to creatine, the actual effect on muscle growth is limited.

According to the International Society of Sports Nutrition, creatine supplements increase endurance capacity in high-intensity training rather than inducing physiological changes in the muscles themselves.

How to Enhance Hormones Naturally

The foods you eat before, during, and after exercise can make a big difference in your training.

For example, eating carbohydrate before and during exercise can help minimize increases in cortisol. The reason is simple: when your blood glucose supplies are maintained, cortisol does not need to be released and your muscle tissues won’t get burned up.

It is important to note that exercise also increases testosterone levels. Once exercise stops, testosterone will invariably drop as cortisone levels rise. To mitigate this effect, you need to eat protein after a workout to balance the testosterone-to-cortisone ratio in your bloodstream.

Here are some tips that can help:

Eating a diet that’s neither too low in fat nor too high in protein can help enhance your testosterone output.

According to a study published in the International Journal of Sports Medicine, a diet comprised of 20 to 25 percent fat and 20 to 25 percent protein increased testosterone and other key hormones during heavy resistance training.

By contrast, ultra low-fat diets (like the Pritikin or Ornish diet) or high-protein/low-carb diets are not advised when bodybuilding.

Some bodybuilders endorse diets comprised of 40 percent protein. Not only is there little evidence to support this strategy, but it may also cause harm over the long term, increasing the risk of kidney damage and proteinuria (excess protein in the urine).

The Academy of Nutrition and Dietetics recommends that bodybuilders eat 1.4 to 1.7 grams of protein per kilogram (or 0.63 to 0.77 grams per pound) per day to promote muscle growth.

In addition, creatine and zinc are potentially important components of an anabolic diet. Creatine builds bulk, while zinc is necessary for testosterone production. Meat protein is a good source of both of these nutrients.

High-intensity training raises testosterone, GH, and IGF-1 levels but also promotes spikes in cortisol. While diet can temper cortisol production to a certain extent, how you exercise may also help.

Contrary to what you may think, it is usually more beneficial for bodybuilders to rest for three to five minutes between sets rather than the one to two minutes endorsed for regular fitness programs.

Doing so appears to restore a high-energy compound known as phosphagen that is stored in muscles and excreted during strenuous activity. It also promotes the production of testosterone with less of the mitigating effects of cortisone. So, in a way, you can get more out of your training by pushing less strenuously.